Award-winning director Lance Doty is set to write and direct the feature film, ‘Smilers’ based on the novel, ‘Where The Dead Go To Die’ by Aaron Dries and Mark Allan Gunnells.

Doty expressed how much the novel moved him. “Aaron and Mark wrote this beautiful, horrifying, and heart-wrenching story that really affected me. It’s classified as horror, but there’s so much humanity in it. It’s an incredibly unique story and I’m excited to bring it to the screen.”

The project marks the first film for Doty since the Western, ‘Shoot First and Pray You Live (because luck has nothing to do with it)’ which was distributed by Lionsgate through Grindstone Entertainment. Doty also wrote, directed and produced that film.

Doty has been writing for the past couple of months and aims to start production by early 2019.

[/vc_column_text][vc_empty_space height=”22px”][vc_column_text]Tale of vengeance — outlaw style — as Red Pierre hunts down legendary gunman Bob McGurk to avenge the murder of his Mother and Father.

“A wonderfully witty, ascerbic Western, “Shoot First and Pray You Live” looks something like you’d imagine a Tarantino cowboy movie would.”
– The Film Yap

“If you have ever wondered what kind of movie would arise if you melded “Kill Bill,” “A Fistful of Dollars” and “The Outlaw Josie Wales,” this movie is for you.”
–The Indianapolis Business Journal

A psychological drama about a woman trying to piece her life back together whose problems escalate when she confronts her mysterious upstairs neighbor.

Trish Goff makes her acting debut in the psychological drama NOISE. Goff plays Joyce, a newly divorced, recovering alcoholic who moves to New York to start a new life for herself. At first, everything seems to go smoothly, as she easily finds a new job and a suitable apartment. But then Charlotte (Ally Sheedy), her upstairs neighbor, invades her life. Charlotte’s late hours, indifference to her fellow tenants, and manipulative nature begin to drive Joyce crazy, bit by bit, until she finally realizes drastic measures will be needed to stop Charlotte’s behavior. NOISE is akin to paranoid, claustrophobic dramas like PACIFIC HEIGHTS and THE TENANT, and played to acclaim at independent film festivals around the world.

“The specter of Polanski inevitably looms over any film whose themes involve paranoia and claustrophobia, as it does with NOISE… Collaborating with lenser Evan Estern, Spiridakis has succeeded in creating an eerie and menacing atmosphere…”
– Variety

“…A sensationally taut, alluring performance by newcomer Trish Goff as a divorced New York copyreader bedeviled by a noisy neighbor… Having some of the tense, angry beauty — and smoky voice — of a young Demi Moore, Goff effectively portrays her character’s arrogance and insecurities, emotional coldness and sexual neediness.”
– indieWIRE

“ (A) nifty thriller with echoes of Pacific Heights and Roman Polanski’s Repulsion… Sheedy is quite terrifying as Charlotte, a woman who smiles and serves tea while plotting all manner of mischief”
– The Orlando Sentinel

“Sheedy’s Charlotte is a splendid rendering… NOISE nails the ugly truth about nightmare neighbors: The only way to really beat one is to become one”
– Orlando Weekly

“An intelligent thriller with Roman Polanski moments and a juicy performance by Ally Sheedy as a kooky, sadistic upstairs neighbor…”
– The Boston Phoenix

“(a) Terrifying story of a mind out of control in a world barely in control… Supermodel Trish Goff is stunning and vulnerable as Joyce, and Ally Sheedy nearly steals the film as Charlotte, the disturbing and very disturbed antagonist one floor up.”
– The Florida Film Festival

“A brooding psycho-thriller… A better film than half the major studio releases I’ll see this year.”
– Vail Daily News

“A delightfully dark look into the world of two apartment dwellers, one of whom is pushed over the edge by the ceaseless noise of the other… The act of vengeance drives the characters into a chaotic sequence of events ultimately culminating in a twisted, yet satisfying ending.”
– The Daily Titan

“That nightmare scenario is taken to its logical extreme in NOISE… At times, straying almost into David Lynch territory, NOISE is a fine exercise in psychology and madness.”
– Orlando City Beat 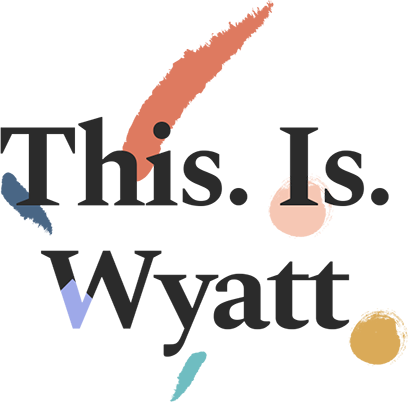